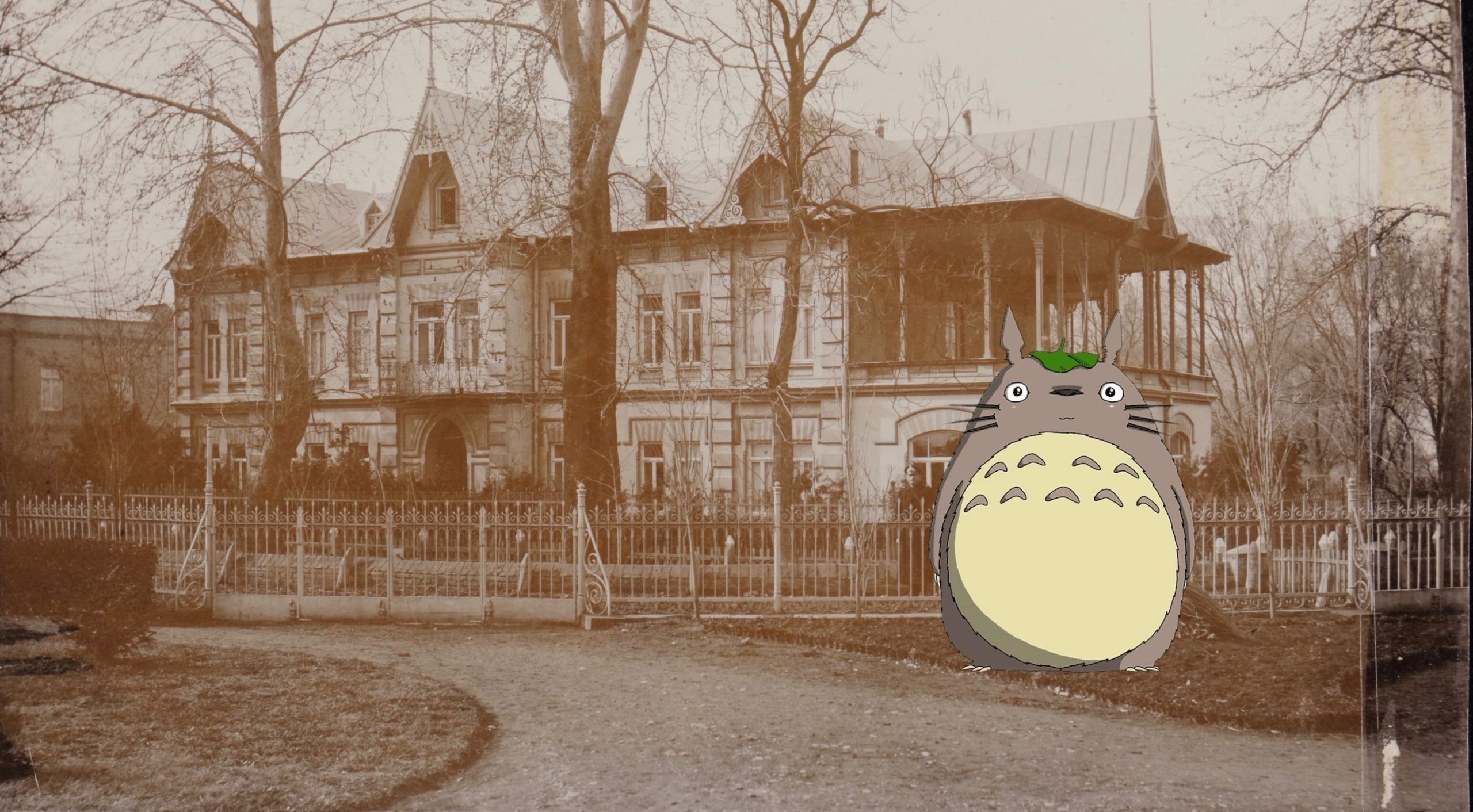 *Photos used in the post belong to the State Silk Museum collection. The labels are assigned according to the interpretation of the authors.

Once upon a time, there was a princess named Tuta, who lived in a huge castle. The girl had a carefree childhood, spending her free time in the garden surrounded by countless buildings. Years passed and the princess was enjoying life more and more every year.

However, she soon realised that she had to deal with obstacles as well. War broke out and the kingdom slowly began to weaken. Bad news started to pile up. Buildings started to get destroyed one after another. The princess was starting to feel as if there was no hope. Eventually princess, as a result of great effort, managed to save the castle itself. Desperate, she ordered the packing of all valuables. The majestic castle lost its charm, was emptied and filled with ghosts of the past. This bothered the princess very much.

Filled with sadness, the princess walked through the garden and sat down to rest under the mulberry trees.  Soon, some white cocoons caught the princess’s attention. She thought her servants had forgotten to pack her valuables and ordered them to gather the cocoons. However, a silkworm showed up suddenly.

Astonished, the princess wiped away the tears and greeted the strange creature.

– What made you sad? – asked the silkworm.

The princess told the silkworm about her hardships.

The silkworm stopped weaving the cocoon and turned to the princess: “I will tell you a strange story about my life which will allow me to predict the fate of your kingdom. We silkworms are born from very small eggs. At first we are almost unnoticed. We live carefree, eating the leaves of mulberry trees. When we are done growing, we spin a protective cocoon around ourselves, preparing for something new. The worm you are seeing now will soon turn into a white moth. Your kingdom is now wrapped in a silk cocoon, but it will soon turn into a beautiful moth. ”

So, at this point, the princess and the silkworm said goodbye to each other. The following pages of our tale are currently blank, but if we follow the pattern of the silkworm lifecycle we know how to fill in the later chapters of the book. We have a plan that we can follow and bring the museum out of the silk cocoon together – turn it into something new and better.

Textile Is Telling Us…

What Is Tbilisi Silk Weaving Factory Telling Us?