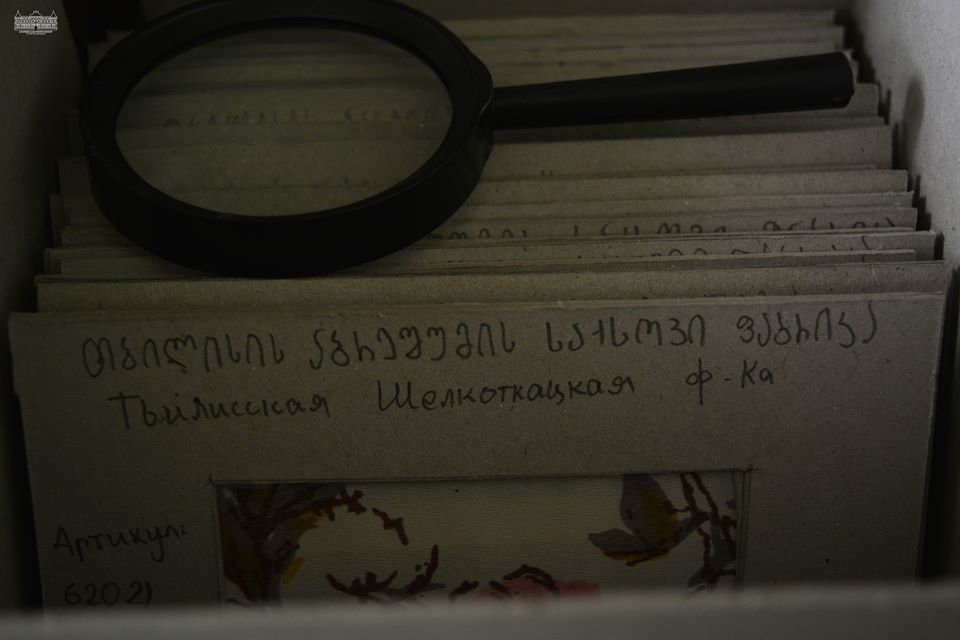 Dynamic and complex are the contemporary visual art directions, where often experimentation is based on real facts, creative observation of the past and reflexive analysis. In the diversity of contemporary visual art, the artist’s book is a synthetic model that presents a different kind of discourse with the author’s subjective vision. It can be perceived and understood in many ways as an art object, but the artist’s book forms an interdisciplinary approach as a “zone of activity” (defined by researcher Johanna Drucker). Presentation of the book as an art object has long historical preconditions, and Livre ’de artist, established in western culture, is one of the clear examples. It is noteworthy that in a number of scientific studies, the art book and the artist’s book are essentially separated. The Artist’s book as the definition dictates, investigates the work as an individual idea of ​​the artist, where the process of creative thinking is perceived from the intimate distance and it’s distinguished by its original artistic decision, uniqueness – published in small editions, or as one original handmade copy. Along with these characteristics, researcher Johanna Drucker, discusses the phenomenon of the artist’s book and states: “While many livres d’artistes are interesting on their own terms, they are productions rather than products, rather than visions, examples of a form, not interrogations conceptual or formal metaphysical potential.” The above-mentioned term “zone of activity” refers to the contextual analysis of the artist’s book, the causal synthetic formation of the artistic process.

Following the discussion of the theoretical aspects, it is interesting to review a particular project that presents different approaches working on the artist’s book. In June 2018, the State Silk Museum, in collaboration with Geoair, hosted the residence of Moldovan artist Tatiana Fiodorova as part of the Platform Art Prospect project. In scopes of the museum’s Adult Summer School program, Tatiana led a workshop with four local participating artists (Tamar Bochorishvili, Naili Vakhania, Nino Zirakashvili, Nini Jincharadze) who were involved in the creation of an artist’s book.

The theme of the residence was related to the specificity of the State Silk Museum. Additionally, it generalized human labor in the conditions of a specific regime, in particular, the issue of silk production during the Soviet period. Tatiana Fiodorova in her art practice constantly studies these topics and presents them in different media. During the museum’s residency, her research was developed in the form of the artist’s book motivated by the educational mission. Remarkably, silk production in Georgia historically has been actively developed. The museum, as a main center of sericulture at the end of the 19th century, aimed to advance scientific and practical purposes of this field in the Caucasus region. The mission was transformed after the Soviet Union. However, scientific research continued locally and the entire focus was on the industrial production process. Thus, producing silk was a priority in Georgia, and over time the industrial factories functioned successfully until the last years of the Soviet Union. The collapse of the regime, the economic crisis, and the anxiety of the 1990s had a profound effect on both the country’s overall development and the silk industry. Disappeared and vanished silk production is still a kind of painful nostalgia in the collective memory of the older generation, which is confirmed by the interviews conducted within the framework of the above mentioned residency.

Working process during the residency, along with a small group of participating artists, was based on several methods:

1. Development of the ideas – introduction to the museum specificity, collections and getting information thematically about Soviet textile; organizing group discussions and presenting / sharing art practices;

Tatiana Fiodorova’s residency revealed the role of unified working environment for implementing individual ideas while creating an artist’s book. This form of sharing and collaboration with Tatiana Fedorova‘s leadership and intensive involvement of local artists’ made it possible for them to develop their own individual projects. The process of working on the artist’s book showed that an inspiration can take different forms in scopes of a common theme and predefined format.

The relevance of the research process turned out to be crucial for Tatiana Fiodorova at all stages of her artistic residency. She developed her own vision according to a “mosaic principle.” She was introduced to the Silk Museum library archives (especially Soviet magazines and periodicals), as well as collections preserved in the museum. At the same time, she was studying the documents of the National Archives of Georgia. Those publications along with the actual material were a source for the artist to perceive time in connection with ideology. Tatiana Fiodorova showed an interest to meet the employees of the former Tbilisi Silk Factory. Based on the interviews with real persons, there was a possibility to learn collective and personal attitudes about production, regime and labor regulation during the Soviet period, social issues and perceptions of personality. Intensive working structure during her monthly residency allowed Tatiana to sort the acquired information. She presented five different works on a single theme according to the “mosaic principle”. Some works were documents of the research process, such as the artist’s book “ДЕЛО”. In this case, Tatiana combined employee interviews baring in mind multiple personal experiences, different ages and genders. Personal experiences revealed conflicting issues in comparison with the formal archival documents. The facts of the proceedings in the archival reports were in accordance with the order of the regime’s required logic. Fiodorova’s second work, “Silk  Propaganda”, represents how the ideological propaganda of the system can be communicated via production magazines in the form of direct messages. Her work was based on the thirteenth edition of the “Шелк“ [silk] magazine published in 1940. Thus, repetition of ideology can be understood as an informational tool of Soviet pseudo-idealized reality. Along with information, conceptual visual understanding of the female identity about the women involved in the silk production industry was represented in Tatiana Fiodorova’s third work. Instead of artistic documentation of the process, this work as a completed sample of the artist’s book is created with the leporello principle. “In Search of the body of the Textile Industry”  is an accordion book and consists of the 1930s and 1960s magazine Textile Industry covers. The work emphasizes women’s work in the Soviet era. The image of a brave, hard-working and happy woman is interpreted as a Soviet mythologized narrative and raises questions about the gender perception and feminist understanding of women.

Tatiana Fiodorova presented social discourse of the artist’s book and linked various thematic accents and declaring facts. Visual experimentation in these works combined both factual documentation and creative interpretation. All these were united in the general concept of the project Nusquam. The final result of the project was seen in the form of a group exhibition at the State Silk Museum. The exhibition “Breathe”, together with the works of the artist’s book, represented the spatial installations of Tatiana Fiodorova, including experimental photo prints and hand-embroidered patterns on the fabric. Such technical visualization of the fabric was displayed as a main metaphor.

The phenomenon of collective memory and social topics turned out to be interesting for other participants in the project as well. Naili Vakhania’s work “Silk Factory ∞” is an artist’s book created within the framework of the workshop, based on real interviews and a silkworm biology, connected on the mirrored visual. Such parallel representation of the information is designed by Soviet textile. Those fabrics, found by the artist herself, became the main important visual focus of the work. Furthermore, it is worth mentioning that the Georgian government paradoxically recognized silk as an intangible cultural heritage in the same period while the project was ongoing. A copy of the framed decree is the cover of Naili’s book. Such an interpretation expresses the idealization of the past and the paradox of granting status ironically, especially in a country where production is completely discontinued.

Tamar Bochorishvili created an original form of the book-object with the synthesis of image and design. “Kvartira” – this work is a handmade micro-reconstruction of the Soviet room, designed by the artist. The focus on the furniture, fabric and interior details which still remain in our daily lives, represents Tamar Bochorishvili’s artistic practice. The work designed with the remnants is a completely new interpretation of the book-object. Bochorishvili’s artist’s book is a model, a material micro world  with its tangible subjective texture, which reminds us stored memories of the recent past.

Artist’s book, as mentioned at the beginning, is distinguished by its individual representation. Social discourse represented in the above mentioned works with its multiple  interpretations is one of the directions of the artist’s book. The second approach, which was also highlighted while working on this medium, is the book as a message. In this category artworks of two participating artists – Nino Zirakashvili and Nini Jincharadze will be discussed.

In the framework of the workshop, Nino Zirakashvili focused on the museum’s entomological collection, in particular on one of the vitrine drawers displaying labels of already disappeared butterflies. Zirakashvili’s artist’s book with its minimal visuality expands the interpretive approach. The work deals with the question of human imagination and the sharing of historical knowledge. The Latin scientific names of the extinct butterflies were handwritten in the late 19th century and are “revived” by the artist’s handwriting, design and artistic solution. The book’s minimalist design expresses handwritten framed labels, in which the incomplete areas of the sheets cause the visitor to think and imagine the species of butterflies that have disappeared over time. In this game of imagination desire, intuition, imagination and cognition is intensified by emotional sensitivity while touching the tactile – velvet cover of the artist’s book. In this way, Nino Zirakashvili’s book conceptually touches individual layers of perception, which is based on the personal experience of “reading” the work and transforms the phenomenon of time temporality into an act of subjective cognition.

Book as a message manifests the strength of silk thread as the starting point of Nini Jincharadze’s work and is related to the sensual perception of transformation. Nini Jincharadze’s work “Rai Abreshumi” is a metaphorical story about a silkworm that failed to turn into a butterfly and became a parachute. It is a well-known fact that in order to get a strong, high-quality silk thread, the pupa should be suffocated with smoke before it becomes a silk moth; and one of the most durable products made from silk is parachute. In her artist’s book Nini Jinacharadze uses white chiffon fabric and thread as her artistic interpretation of this real fact.

Artist’s book – a creative form of sharing and collaboration, highlights the synthetic and complex creative approaches in the works discussed above; the artist’s book develops a model based on the process of creative communication. Such a visual language responds to Bakhtin’s understanding of Heteroglossia. Scientist, theorist and philosopher Mikhail Bakhtin with the help of “Dialogue and Heteroglossia” connects linguistic, textual layers with the multifaceted, reflexive ability to express the subject to the environment. According to Bakhtin, the inner voice tends to start a dialogue, a relationship and in itself is polyphonic. Even if the narrator is the author of the monologue in the traditional sense, he is still inclined to have a dialogue with himself. The mentioned theory, in connection with the ideological-conceptual solution of the artist’s book, presents the role of the artist and the creative approach, which is also revealed in the works discussed earlier. Tatiana Fiodorova’s residency  project highlighted the importance of researching Soviet time, history, collective memory and personal experiences in the field of industrial silk production, which at first glance, can be quite far from the contemporary visual art.